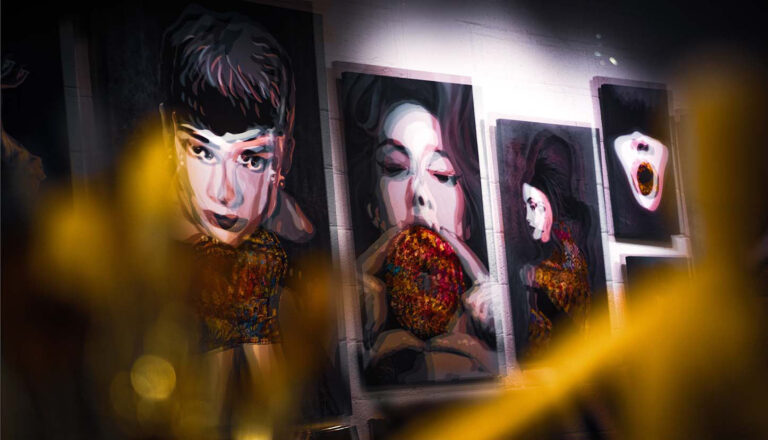 If you are a frequent reader of my blog, you would know how much I love watching movies or documentaries on artists and their body of work. Cinema is an incredible medium that is able to combine the nuances of storytelling with the aesthetic beauty of visual art. Films are able to capture the sentimental intricacies of a person’s life, not the factual ones entirely, but the emotional journeys are beautifully conveyed. When it comes to biopics about artists, there is a massive list of movies that you can go through since great art inspires marvellous video art.

This week I wanted to write a definitive blog on 5 must see movies based on great artists throughout history. These movies not only capture the essence of the artists but also shed light on the inspiration behind some of their famous work. So, for a dose of artistic inspiration, take a night out and watch some of these gems:

Maudie is an amazing movie inspired by the “Canadian painter whose work was so exuberant, you’d never guess at the difficult life she lived”. The film does a brilliant job capturing Maud Dowley’s challenges with her prolonged illness and how her cheerful character helped her navigate life and find happiness through the world of art. Regarded as one of Sally Hawkins’ best performances, Hawkins adds the much-needed light to the film through her brilliant execution of Dowley.

In Pollock, Ed Harris is incredible as the celebrated yet troubled American painter Jackson Pollock. The film starts from Pollock being a famous abstract expressionist painter and then takes the viewers to his past through a series of flashbacks that convey the artist’s personal and financial struggles. The film takes an unflinching look at Pollock’s own character flaws, from his infidelity to substance abuse issues, that contributed to his untimely demise.

The Danish Girl, is an Academy Award winning film by Tom Hooper, adapted from the 2000 novel of the same name by David Ebershoff. This film is a biopic on the Danish painter Lili Elbe, who also happened to be one of the early recipients of sex reassignment surgery. The film takes an intimate look at Lili Elbe, a celebrated artist, and her tumultuous journey in becoming a transgender woman, which started with her wife asking her to pose as a female figure. With Eddie Redmayne essaying the role of Elbe, we are shown how the character faces incredible hardships and pain due to her being forced to present herself as a male until she feels complete at the end with the reassignment surgery, which also causes her tragic death. The Danish Girl is emotionally poignant and quite a touching portrayal of an artist forgotten by history.

Salma Hayek not only portrays the most celebrated female painter of all time, Frida Kahlo in this 2002 film but also cowrote and produced it. This Academy Award nominated film focuses on the life of the world-famous Mexican painter Frida Kahlo from her 1922 life-changing accident at 18 to her reaching the heights of fame in the art world. The movie not only focuses on her artistic side and her fame, but also brings her personal life into the forefront, including her complicated relationship with Diego Rivera, played by Alfred Molina. The particular film is an absolute treat, from its cinematography to the outstanding performances by the cast, is so phenomenal that the American Film Institute calls it a “movie about art that is a work of art in itself.”

Loving Vincent is also a work of art by itself and is unlike any other film you will ever encounter. Anna Clark gives a brief overview as to how the film was made by stating; “A team of 125 classically-trained oil painters worked for years on the project, producing around 65,000 hand-painted frames. Their work couldn’t have been more faithful to van Gogh’s artistic style.” This movie is inspired by Van Gogh’s legendary works and takes a look at the life of the artist after his death, as we follow Armand Roulin, played by Douglas Booth, on a journey to deliver van Gogh’s last letter to Theo van Gogh, whose death allows the letter to land in the hands of his widow. The portrayal of Van Gogh is captured through various perspectives given by his close friends and loved ones, who in a manner allow Van Gogh to live through them.

There you go, a list of incredible movies that you must watch! All you need to get going is a quiet night in with these gems to fill up your creative batteries and produce some art of your own.