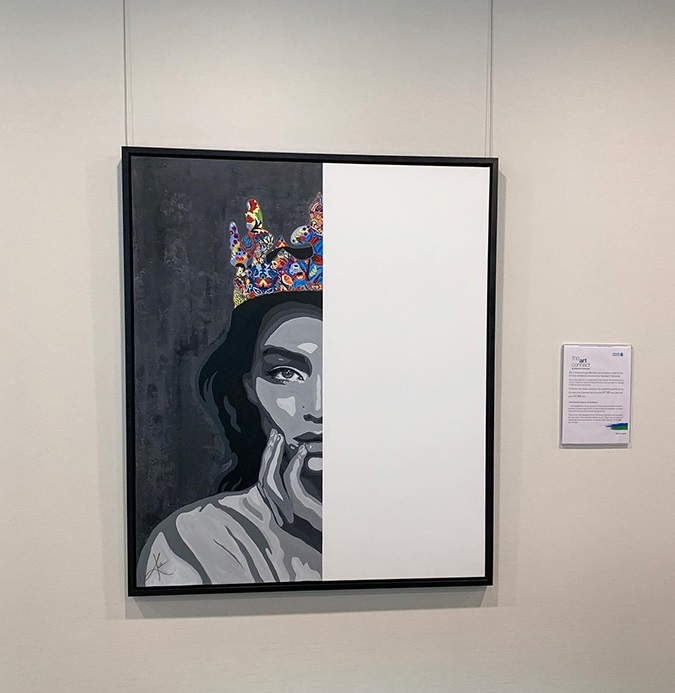 “In the future, there will be no female leaders. There will just be leaders.”— Sheryl Sandberg.

Female empowerment has been my consistent source of artistic inspiration and ambition since I could remember. One can just take a look at my paintings and see the adulation that I have for the female spirit and form. It is unfortunate that the world sometimes does not share this view and this drives my passion for gender equality, particularly in our art community.

To put this gender disparity in figures, Renée B. Adams, Professor of Finance at the University of Oxford, led a study on gender bias in the art world entitled, Is gender in the eye of the beholder? In this study, after analyzing 1.5 million auction transactions in 45 countries, she discovered that people placed lower bids on artworks that they thought was produced by a female artist, even when all the works had been generated by artificial intelligence.

The study proved that it is unlikely for someone to guess the gender of an artist by simply looking at a painting and it also drives home the fact that “women’s art appears to sell for less because it is made by women.”

To make a statement on this unfair bias and pay inequality, I joined a collective of artists in Dubai to launch the #ArtGap initiative in collaboration with Standard Chartered Bank in April 2019. The purpose of this initiative was to raise awareness amongst art lovers and collectors of the pay gap that female artists experience and what can be done to bridge this gap.

In monetary value, art produced by women is priced on average 47.6% less than art produced by men.   Keeping this in mind, we at the initiative decided to produce paintings where 47.6% of the canvas will be left blank but the paintings will be sold at their full price.  I titled the painting I submitted for this initiative, She is King, in which a crowned woman is elegantly poised as she stares with inquisitive eyes at the viewer. This painting was not only a symbol for equality but also a personal exercise in liberating myself from the opinions of biased critics and taking pride in my work.

Once unveiled at World Art Dubai 2019, the paintings from the initiative were displayed in modern art galleries across Dubai. In late June 2019, after being contacted by the managing director of a well-established art consultancy in London, my painting was acquired and found its home in the Standard Chartered Bank’s art collection. She is King is now proudly hanging on the walls at the reception of Standard Chartered Bank Head Quarter in London, where I hope that it inspires onlookers to make this world more equal, diverse and beautiful.

We still have a long way to go when it comes to gender equality and there is a lot that needs to be done for female empowerment. The future needs to be a better place for our daughters, where their talents and skills are celebrated and fairly rewarded. I will continue producing art that honours the tenacity and beauty of women and will strive for a future where female artists get to paint the whole canvas.