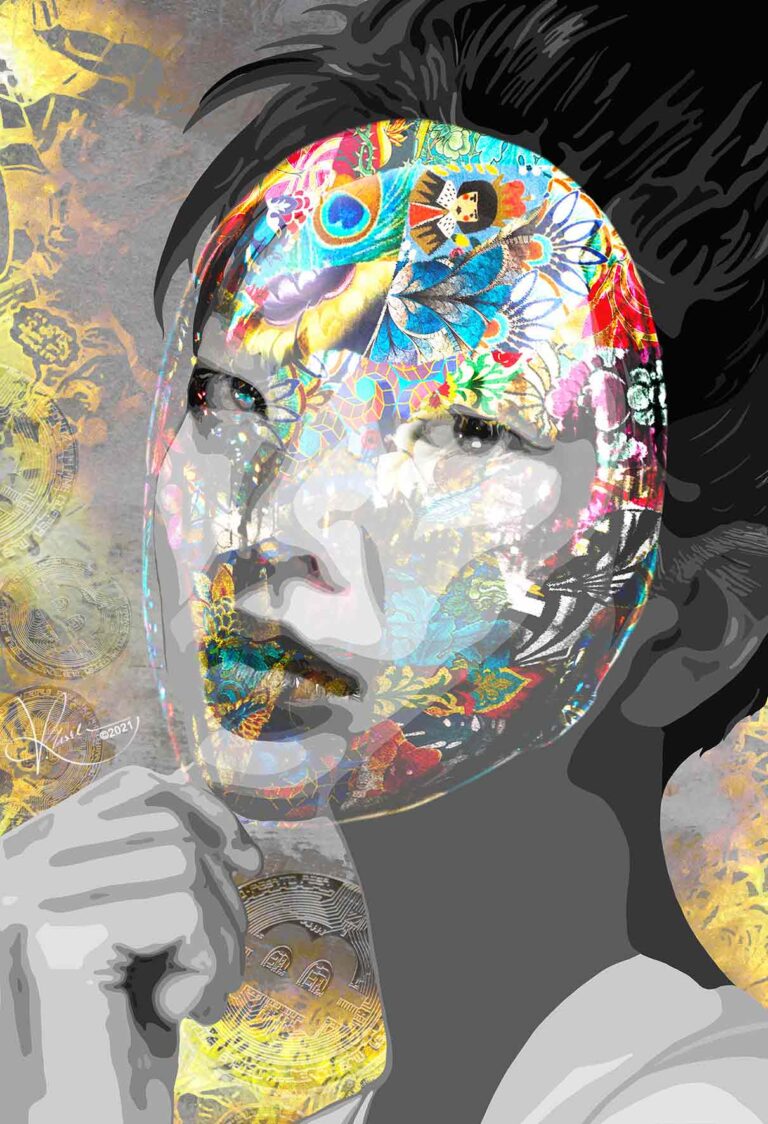 From the Past to the Future: The Story of NFTs

With NFTs successfully taking over the digital art market of the 2020s and penetrating the pop culture universe, some would assume that NFTs were created just a year or two ago. Well, the reality is the modern version of NFTs as we know it has been in the making since early 2014. This blog will be a quick and easy tour of all the history behind the making of the present-day NFT explosion and how they became such an integral part of all discussions relating to cryptocurrencies and crypto digital assets.

Where did it begin?

Let me take you back to the year 2014, when Bitcoin and the blockchain technology had the world mesmerized by its potential. There was still a lot of apprehension about how the technology worked (that still has not changed!) and whether it was actually safe to invest your money in this new tech invention. During this time, the idea of NFTs was essentially born when blockchain enthusiasts proposed the concept of “colored coins” which were tokens that represented real-world assets on the blockchain and could be used to prove ownership of any asset, from precious metals to cars to real estate, even equities, and bonds.

With this idea at its core, Counterparty was founded which was a peer-to-peer financial platform and distributed, open-source internet protocol built on the Bitcoin blockchain. This platform allowed asset creation and had a decentralized exchange which led to users to create their own currencies and own digital assets with worrying about counterfeit issues. The first NFT was also minted during 2014 which was a digital art piece by renowned artist, Kevin McCoy, called Quantum that currently is being sold for seven million dollars. Eventually, over the course of 2016 and 2017, trading cards and memes found their way on the blockchain and were being actively sold on Counterparty. Rare Pepes, that were digital artworks inspired from the Pepe the Frog meme, found a huge market online and these artworks led to the birth of CryptoArt, as this was the first time that a piece of digital art could have intrinsic value.

During 2017, Ethereum was quickly gaining prominence as a cryptocurrency and its place in the crypto-market was further solidified with the creation of Cryptopunks, which were unique pixel-animated characters created on the Ethereum blockchain that were limited to 10,000 units. These collectibles quickly took the internet by storm and led to Ethereum creating infrastructure that would allow the tracking of ownership and movements of individual tokens from a single smart contract. CryptoKitties was also introduced to the market, which was a virtual game on the blockchain that allowed its players to breed and trade virtual cats. With mainstream media coverage and heavy popularity online, CryptoKitties pushed the conversation of digital assets and NFTs massively forward.

What existed on the Internet’s underground, soon was splashed all over media outlets and NFTs were being readily adopted by artists, tech enthusiasts and curious investors. Between 2018 and 2021, with the release of heavily publicized digital art pieces such as The Forever Rose by artist, Kevin Abosch, the creation of NFT artworks grew exponentially that slowly led its transition into being considered as more mainstream art.

The numerous benefits of trading and creating NFTs were quickly realized, as its efficiency and disruptive nature was welcomed by creators and art collectors alike. The explosion was further amplified by the launch of platforms like Opensea, considered the largest marketplace for art, music, domain names, collectibles, and trading cards and Mintable that made the minting process super straightforward for the creators. And now, NFTs are quickly becoming a dynamic element to the global art market.

Well, what does the future hold for NFTs?

NFT has caused quite the disruption in the art world and this has been quite intriguing for investors. The biggest draw to NFTs is that it directly addresses the concerns of scarcity and authenticity that buyers of physical art have, when it comes to acquiring digital art. NFTs provide a secure record of transactions which helps in maintaining an unquestionable proof of ownership and provenance that ensures that original artworks and their owners are always identifiable via the blockchain. These NFTs can be taken as virtual signatures which helps in securing the value of the digital art regardless of how many times it is reproduced.  Due to such factors, one can anticipate more investors turning their sights towards the digital art market for their next big investment.

It is certainly an incredible opportunity for artists as they can compete in a new market which is incapable of being dominated by a few power players. Artists are not just restricted to their local art scene, as NFT technology allows their work to be seen by interested collectors worldwide and helps expand their recognition and network globally.

It is safe to say: the future of NFTs is quite promising….