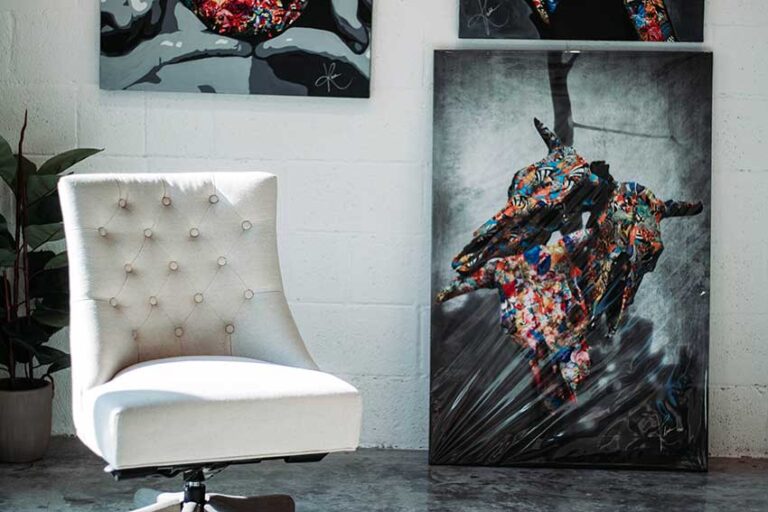 Famous artistic masterpieces have been a part of our cultural fabric for centuries and they have contributed considerably to the culture itself. We see them referenced in our media and often find ourselves being reflected in these artworks. These masterpieces have stories to tell and not just the story on canvas that we get to see immediately. I am talking about the backstory of these amazing artworks, the fascinating trivia that makes them even more fascinating.

In this blog, I want to share some of my favourite interesting stories behind famous works of art that might just leave you even more mesmerized with them. So, here are my top 5 of these stories:

It has been well documented that Mona Lisa was identified as Lisa Del Giocondo, an Italian noblewoman. We all have speculated about the reasons behind her mischievous smile, however, the part that fascinates me is that in 2006 after a series of multi-spectral imaging tests were conducted, it was discovered that her smile was originally much more broader and obvious than the smirk we recognize today.

The American Gothic is an iconic piece of art that is instantly recognized by anyone remotely interested in art and culture. The painting depicts an American couple tried and tired of the tribulations of the Depression era of the 1920s. The interesting bit is that Grant Wood intended the couple to represent a father and daughter and not spouses. In reality, the models for the paintings were not related at all. The man in the artwork was Wood’s dentist accompanied by the artist’s sister.

We all know about the mental and emotional struggles of the great painter, Vincent Van Gogh, whose colourful artworks strikingly contrasted his dreary life conditions. Starry Night, which is arguable one of the most famous artworks ever created, was actually the view that Van Gogh had from his room at a mental asylum that he voluntarily admitted himself to in 1889.

This artwork is a personal favourite of mine, as you might have noticed by my artworks and blogs that I love the ideas and concepts associated with introspection and self-reflection. As visually striking this amazing artwork is, I love how heavy it goes with its visual metaphors. Caspar David Friedrich allegedly wanted to pay ode to all of the seekers out there, looking for meaning within themselves and the world around them. Regarding the artwork itself, he has famously said, “The artist should paint not only what he has in front of him but also what he sees inside himself.”

We have all seen this iconic work of art, a portrait of a mysterious figure screaming with mouth agape as the sky and landscape swirl in ominous patterns. Well, it should not come as a surprise that Edvard Munch was going through a lot when he painted this artwork. At the time of painting, he had  admitted his beloved sister to a mental asylum and his own wellbeing was deteriorating as well. Munch also found himself as an admitted patient in one of these facilities as his struggles with anxiety and alcoholism were becoming too much for him. Luckily, his stay was quite successful, and he was able to carry on being a prolific artist for the rest of his life.